Bryk is the last bar we’ll be covering in Berlin. We were a little skeptical heading in, from the outside it has a touch of that “ultralounge” vibe that defines the eurotrash experience. Thankfully the drinks were on point, though they often veered into molecular gastronomy territory.

I regret not taking a picture of the menu, because now it’s all on my memory, which, frankly is not up to the task. Drink names were weird. Like really weird. I couldn’t find the current menu, but previous drinks had names like “Fishing, But the Easy Way” and “Holy Shit – Is That Mary?” 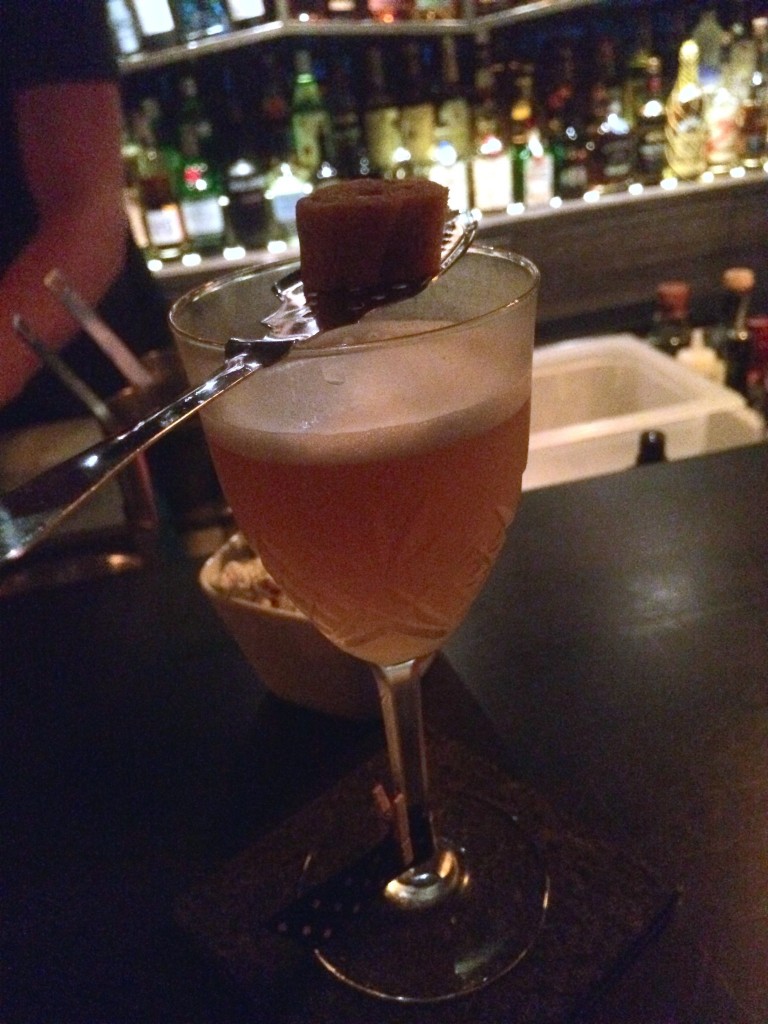 This is Tiara’s first order, a rum and banana concoction. Overall it was just a smart drink.  Banana and rum are like coconut and rum; a great pairing, that has been horribly perverted by the synthetic alcohol industry (looking at you, Malibu).  Needless to say Bryk was making its own banana rum, and it was delicious.

The garnish plays with a traditional absinthe preparation; the slotted absinthe spoon is actually holding a rolled up smoked dried banana thing. Think banana fruit roll, then try really hard to imagine it being good, and you’ve got the idea. 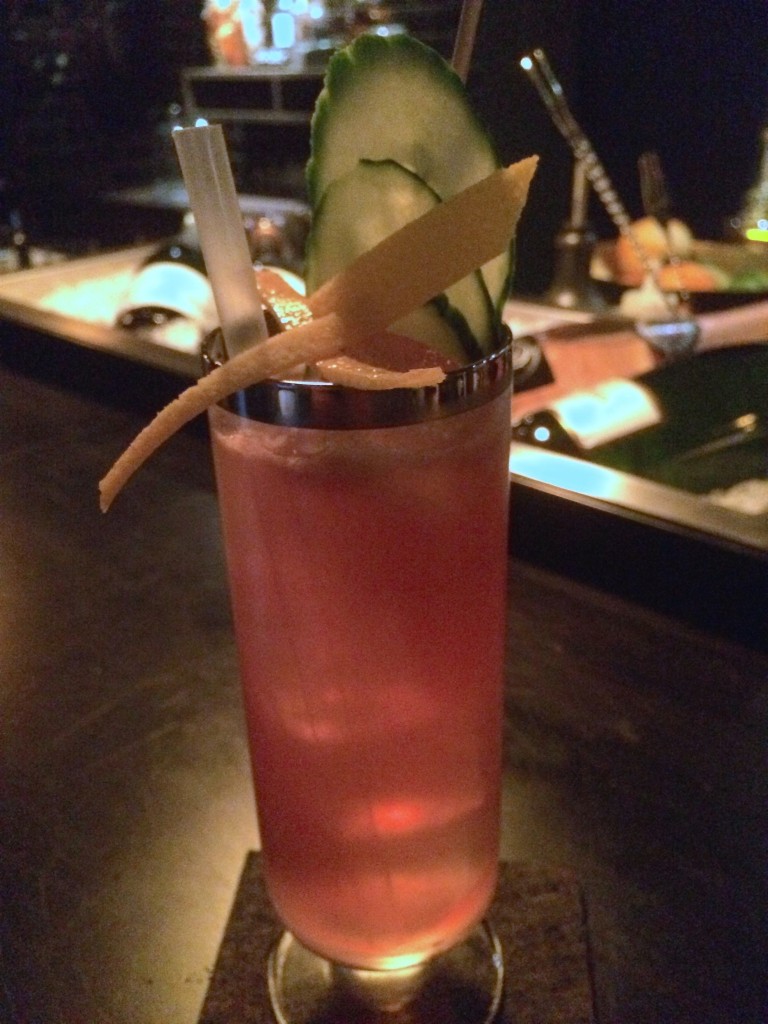 I honestly have no recollection what was in my first drink. I do remember linking it though… Apologies to all our devoted wanderalongs. 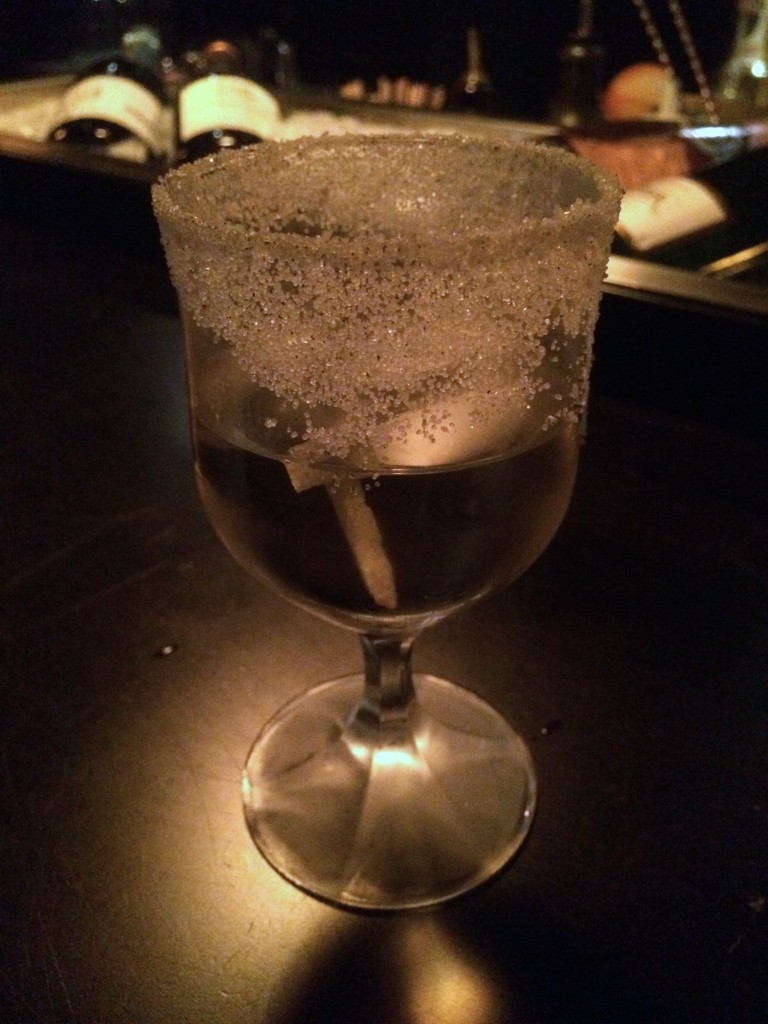 This was my round 2. Which was a little more memorable. Bryk is making their own gin in collaboration with a nearby distiller.  I asked the bartender for something using it. What came back was this martini-alike. The juice itself was good, but for some strange reason they chose to coat the glass with vanilla sugar. It didn’t make any sense, and actually detracted from the drink. Just goes to show; everyone needs an editor. 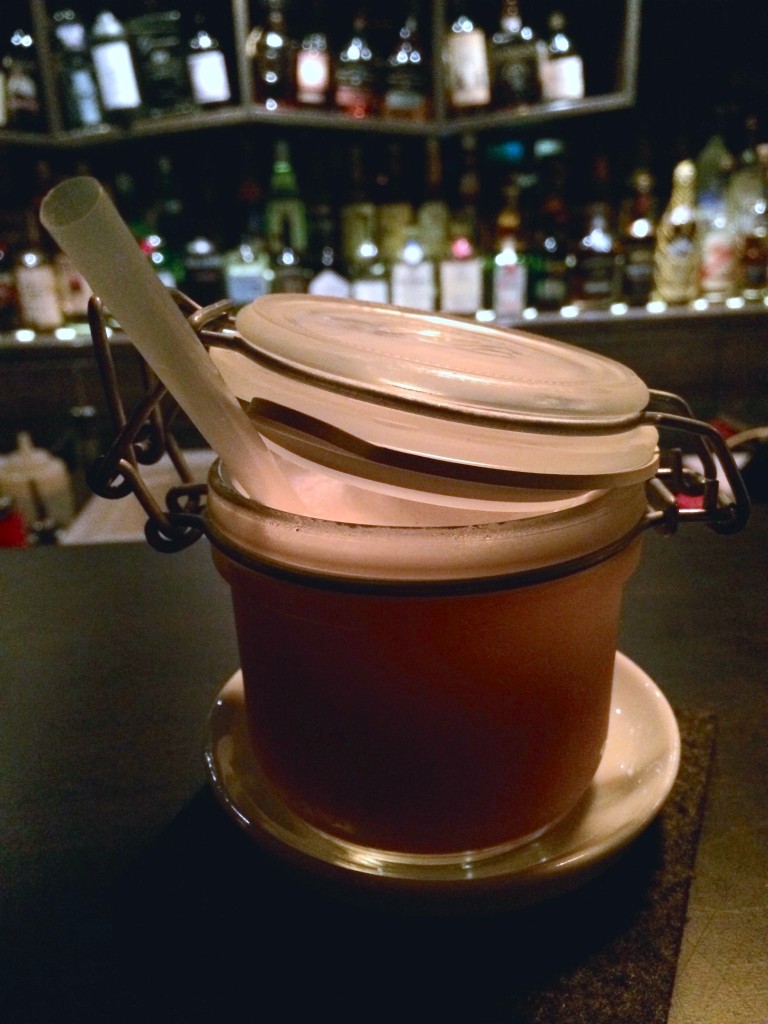 The last drink was a coffee concoction that Tiara ordered. A+ for presentation; they have a cocktail-sized mason jar with latch that perfectly allows a straw to peak out.

The drink itself was more of a B. Good coffee flavor, although a little weird combination with citrus.

Bryk was definitely the most creative of the bars we tried in Berlin. Sadly, most creative does not necessarily mean best drinks. Tiara’s banana rum drink was possibly our favorite drink in Berlin, but the others had some flaws that put them below the average. Still, if you’re into cocktails blazing new ground, Bryk is a good place to check out. Also they solidly won on complimentary bar snacks; their dill popcorn was phenomenal.