For you francaphobes out there, Framboise is french for ‘raspberry.’ We’ve been picnicking the last few nights to beat the heat (also we are cheap), and thought some fruity beer would be a nice accompaniment. We tried Cantillon’s framboise by the canal, and Girardin’s at the OÜI FM festival.

Cantillon Rose De Gambrinus. Sorry for the NSFW graphic. I don’t make the labels, I just drink the beers.

The Cantillon was up front with funky lambic flavor. The raspberry character was somewhat reserved, more the flavor of tart underripe berries. Probably the pinkest beer I have ever drunk. 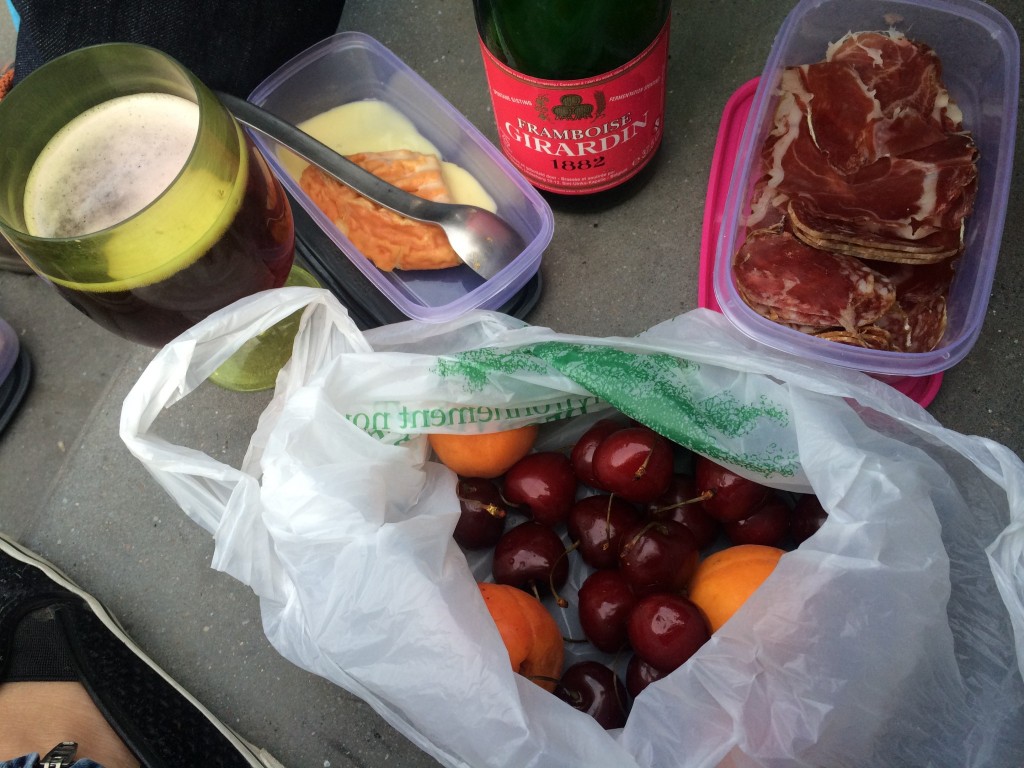 Girardin’s showing was less funky, with jammy raspberries front and center. Beautiful ruby color. Pretty tasty stuff, but there was a bitterness at the end that bordered on unpleasant. The last is partly my fault, the bottle fell over carrying to the concert and the sediment got mixed in and poured into the glass.

Berry lovers/lambic novices are probably better off with Girardin, but if you like what Cantillon does you will want the Gambrinus. Both are very approachable, and worth buying if you see them. This will probably be when you’re out of the country; Cantillon has a big reputation and is hard to find in the US, while Girardin has no US distribution at all. Both can be had at Cave a Bulles in Paris, or you could just go to Belgium where they make the stuff.

Also I should add a brief warning: most framboise lambics you will see in a grocery store are garbage beer full of artificial sweetener. Please don’t read this post then run out and buy a bunch of Lindemans.