At the end of WWII, Russia quickly threw up some monuments. Tiergarten got the first one, literally months after Berlin was captured. Here’s Tiara and our college friend/Berlin expert John: 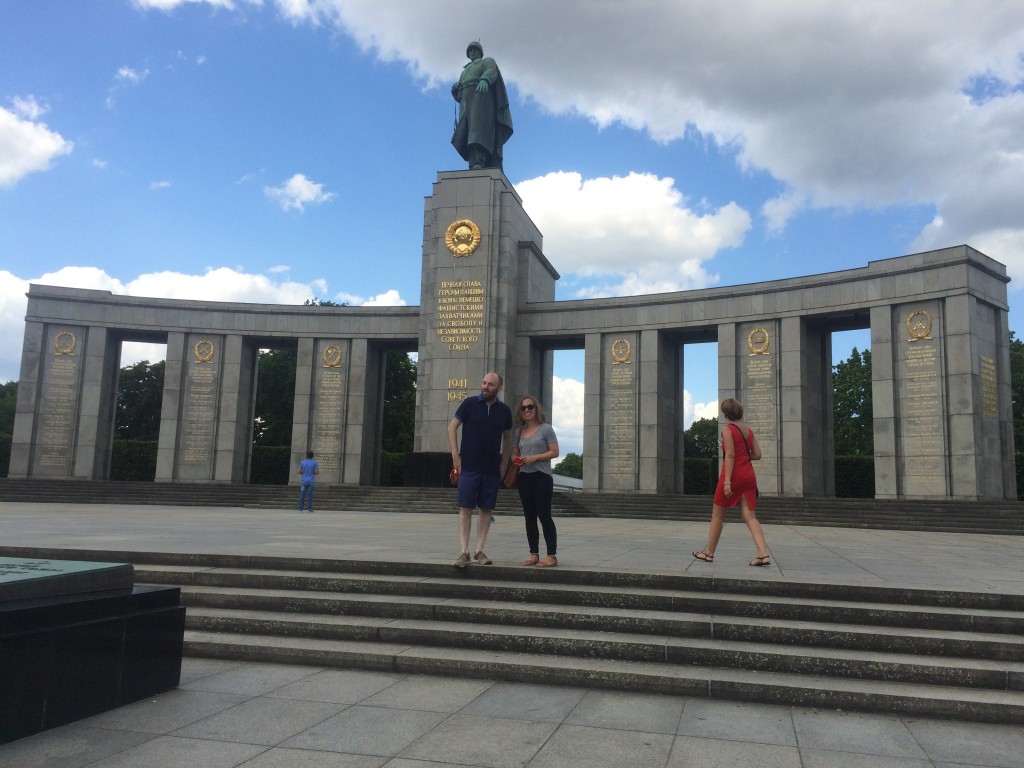 I kid you not, this is the “small” soviet memorial in Berlin

After they got their chunk of East Germany, they spent a little more time to build something substantial. You know, because the first one was so tiny. 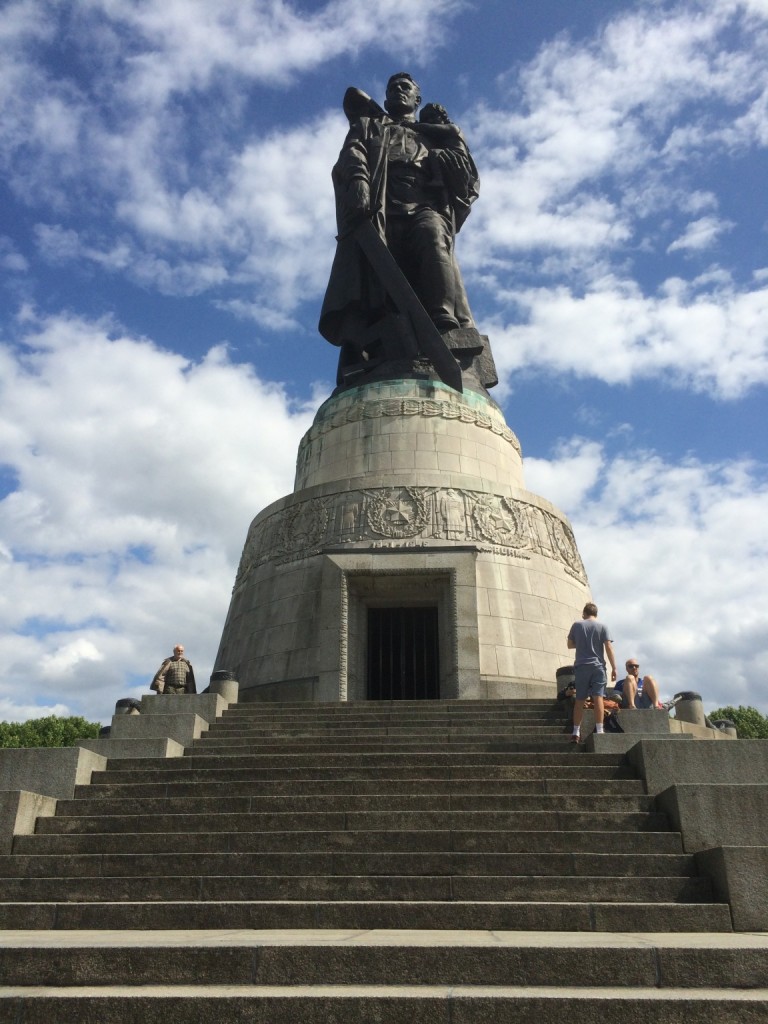 A handsome soviet with a ten foot sword rescues a child while crushing a swastika under his boot. Masters of subtlety, the soviets. 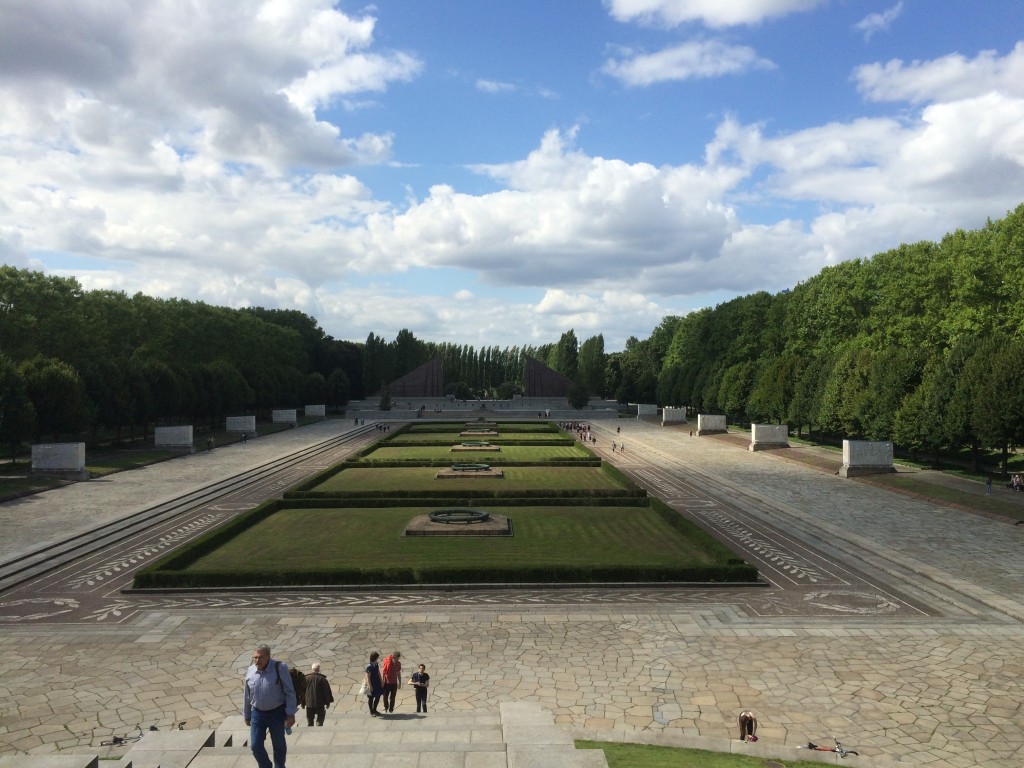 The plaza leading up to the giant statue. In the distance you can just make out two more giant triangles that look like abstract dogs.

Believe it or not, there is yet another plaza behind this one, with yet another sculpture.