Lost in Grub Street is a weird bar with a weird name in Berlin’s business district. It was literally empty when we got there at 8PM on a Saturday; the bartender had to follow us in (he was sitting outside). He blamed “weekends in the summer,” which to me seem like good times to be in the bar business, but maybe things are different in Berlin (?)

The theme of the bar is “big bowls and short drinks.” Being as how there are only two of us, we skipped the punch bowls. 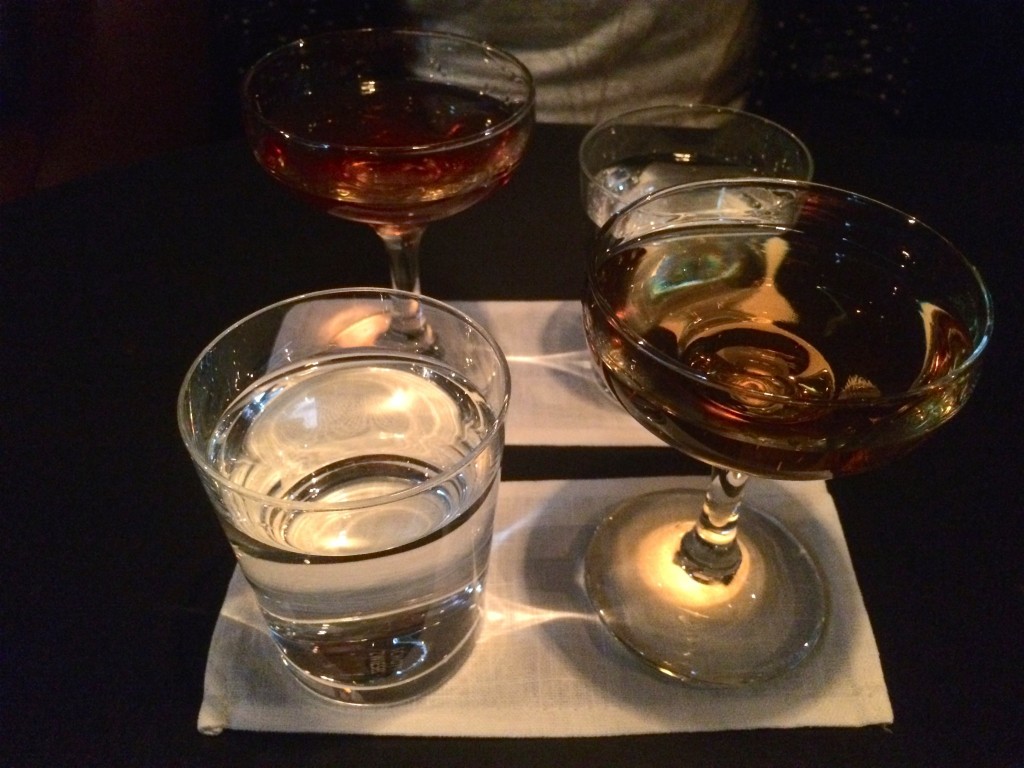 Bonus points for the double-wide cocktail napkin to accommodate the palate cleansing water.

There was a fair amount of esotericism going on here. To start with, the bar had a “pre-American” theme. Punch predates the modern bar-with-bartender-behind-it (an American invention), so Lost in Grub Street eschews the fixed bar in favor of a roving liquor cart. Or at least that’s what the bartender told us. My guess is they couldn’t figure out a way to make a bar fit in the big narrow space. 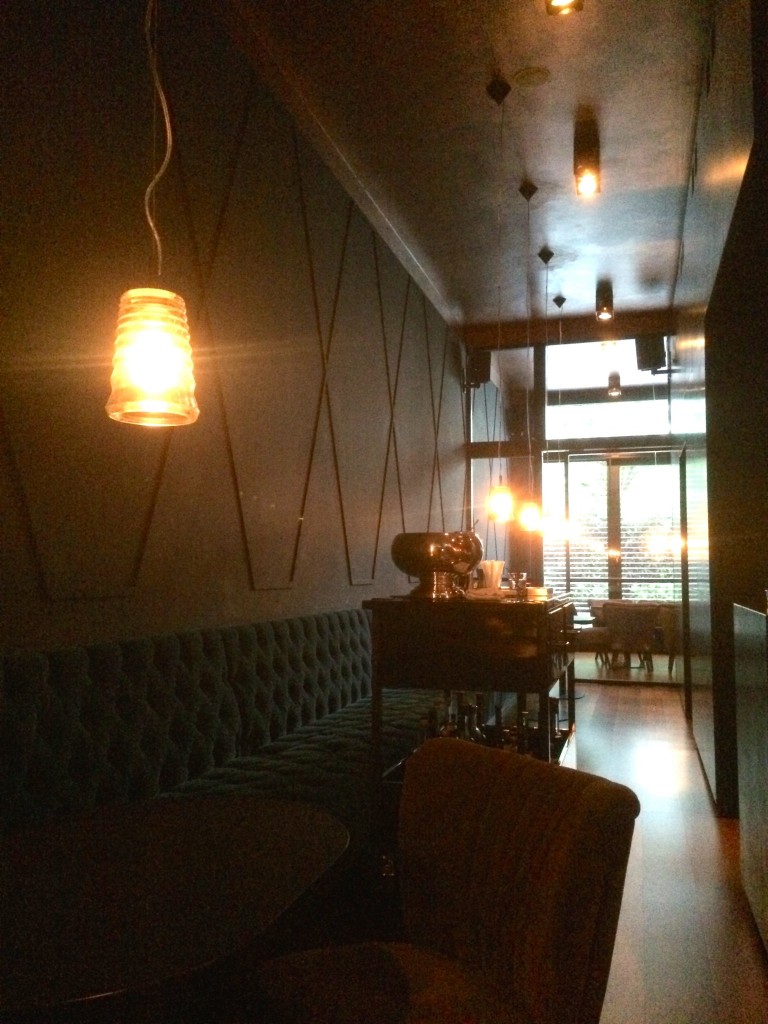 The bartender wheeled that jalopy table-side to prepare our drinks as we watched.

The menu was also frustratingly opaque. Rather than write out the ingredients, Lost in Grub Street chooses to list flavors (in German, of course). The bartender was very accommodating, but it’s no fun needing to ask what’s in every drink on the menu.  Near as I can tell they also weren’t using fresh citrus in any of the short drinks, putting them firmly in the spiritous family of cocktails.

We settled on Mandarine–Walnuss–Nelke (Ian) and Pflaume–Port–Zimt (Tiara). My drink had cognac, a local walnut liquer, and pierre ferrand triple sec. Tiara’s was madeira, a local plum liquer, and cinnamon tincture.  They were competently prepared, and flavors were generally good. Nothing blew our mind, and we settled up after the first drink.

I did get snipped at by the bartender for asking what one of the bottles was as he was adding it to the drink; “I vill show you at ze end!” To his credit, he did line the bottles up after mixing the drink for my benefit. He also refilled our water after every sip. I guess service was in keeping with the bar’s theme; studiously observant and a little stilted.

The owners of this bar also run Beckett’s Kopf, which is in a “hip” neighborhood outside of the center. A review is forthcoming; keep an eye out for the comparison.