I keep wanting to call this place Beckett’s Kampf. Kampf means “struggle” (as made memorable by a certain infamous book). Kopf, on the other hand, means “head.” Here is the sign from Beckett’s Kopf. Maybe it will help me remember the distinction: 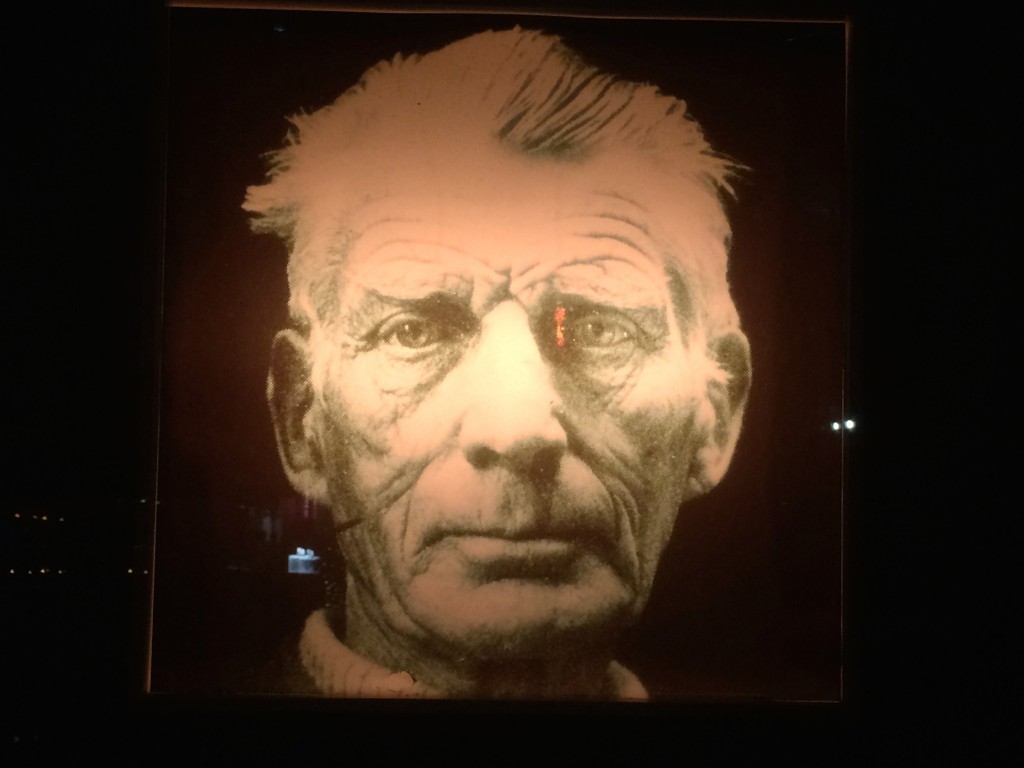 In my defense, Beckett looks like he’s been through a lot

As I mentioned in my previous post, Beckett’s Kopf is owned by the same party as Lost in Grub Street. Though Lost in Grub Street went a little weird, Beckett’s Kopf has been tuning their game since opening in 2004, which is practically the epoch of the craft cocktail scene. Unsurprisingly they nail the classic speakeasy vibe.  And like any good speakeasy, it was “stumble into the wall” dark in there. So photos are on the grainy side.

First off, they had a good esoteric “wow” factor. One of the ingredients in the Times of Cascara is “a tea from the fruit of a coffee cherry.”  I had never had anything made with the outside of coffee, and now I want more of it. Add in some cognac and batavia arrack, and it was a complex sipper. I’ve always been a fan of Earl Grey in the morning, but Times of Cascara may well change breakfast forever. 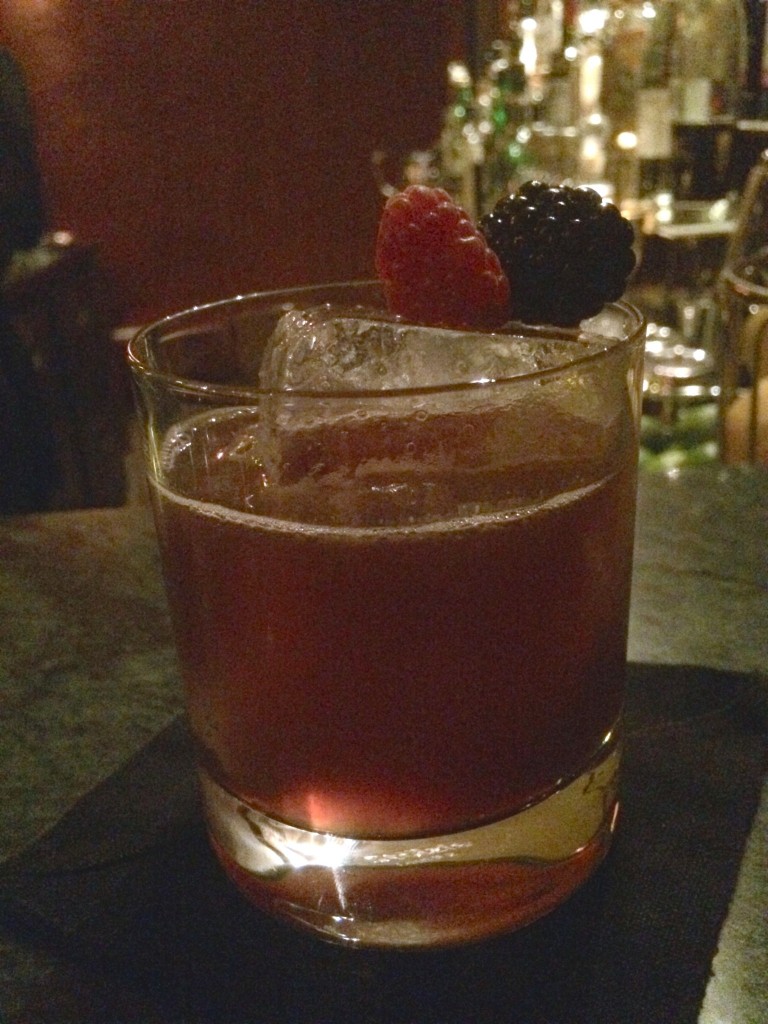 The Knickerbocker, a “prehistoric mai tai”

I should mention that the menu was all in German, so we were shooting in the (literal and figurative) dark. Tiara went for the Knickerbocker, based on reading the words “Mai Tai” and “berries.”  It drank more like a sour than a Mai Tai, but was still well balanced and delicious.

Now that we had the bartender’s ear, we were able to get advice on our next drinks. I went with the Ford, essentially a genever martini infused with wormwood and a lemon twist. Delicious. I’m a big fan of genever, it’s got a more nuanced complexity than it’s modern juniper driven cousin, and is the main component in my second favorite long drink, the John Collins.

Side note: most modern bars make their John Collins with bourbon. This is wrong. Those of you lucky enough to live in San Francisco can go to Comstock Saloon to get one done right. 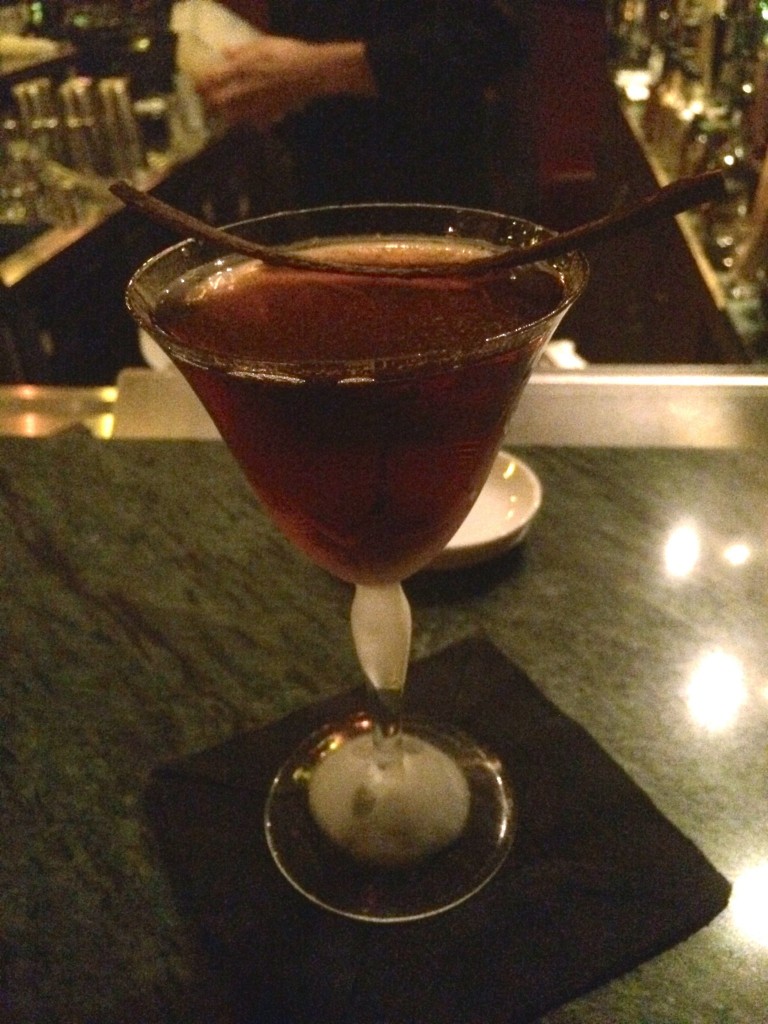 Tiara got the Lusitanian, a mix of Portuguese brandy, tawny port and cherry liquer.  The net effect had a lot in common with a manhattan, which is probably what they’re going for with the name; Lusitania was a Roman province in what is now Portugal.

This was our favorite cocktail spot in Berlin. Beckett’s Kopf strikes the right balance of making unique drinks with a decent atmosphere. Not having to fight for a seat was also a big plus.

It wasn’t the mind-melting perfection of Le Syndicat in Paris, but it was every bit as good as our favorite bars at home.