After a few days in Dubrovnik we split for Split.  The city surpassed our expectations.  The old town is really cute and seems to have more businesses that cater to locals.  One of our first stops was To je to, a cafe and bar where we sampled different flavors of rakija, the Croatian fruit brandies.  Rakijas are popular throughout the Balkans as well as in Hungary.  These were great.  We tried plum, fig, cherry, honey, and herbs. 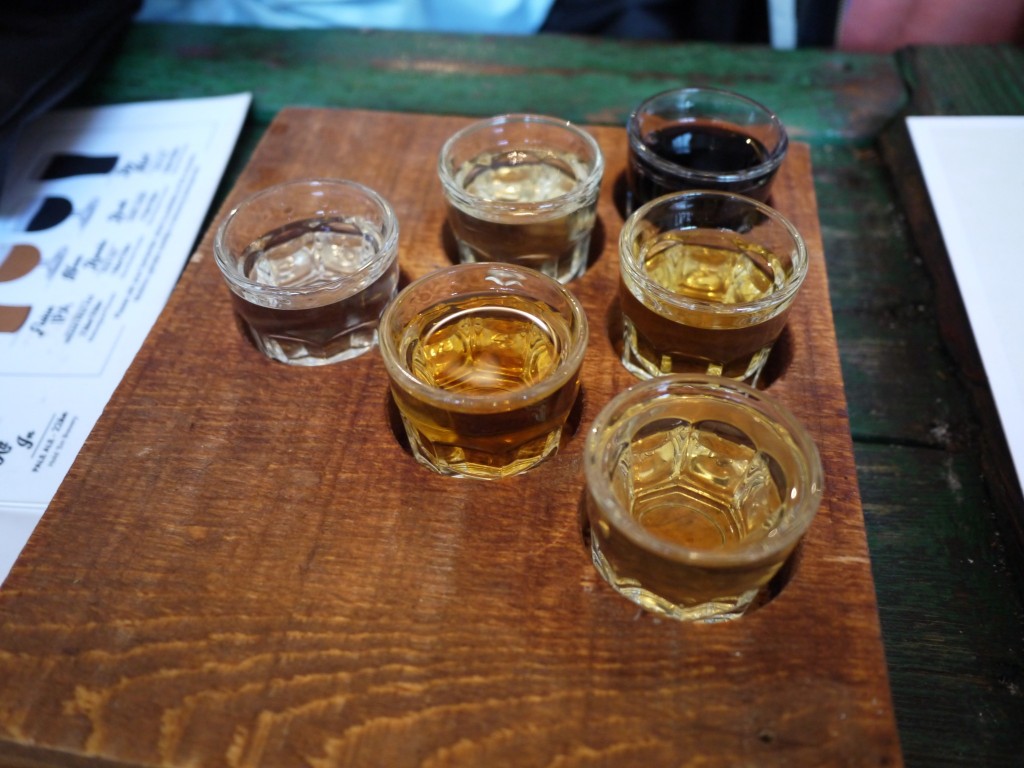 For city views, we climbed the bell tower of Diocletian’s Palace: 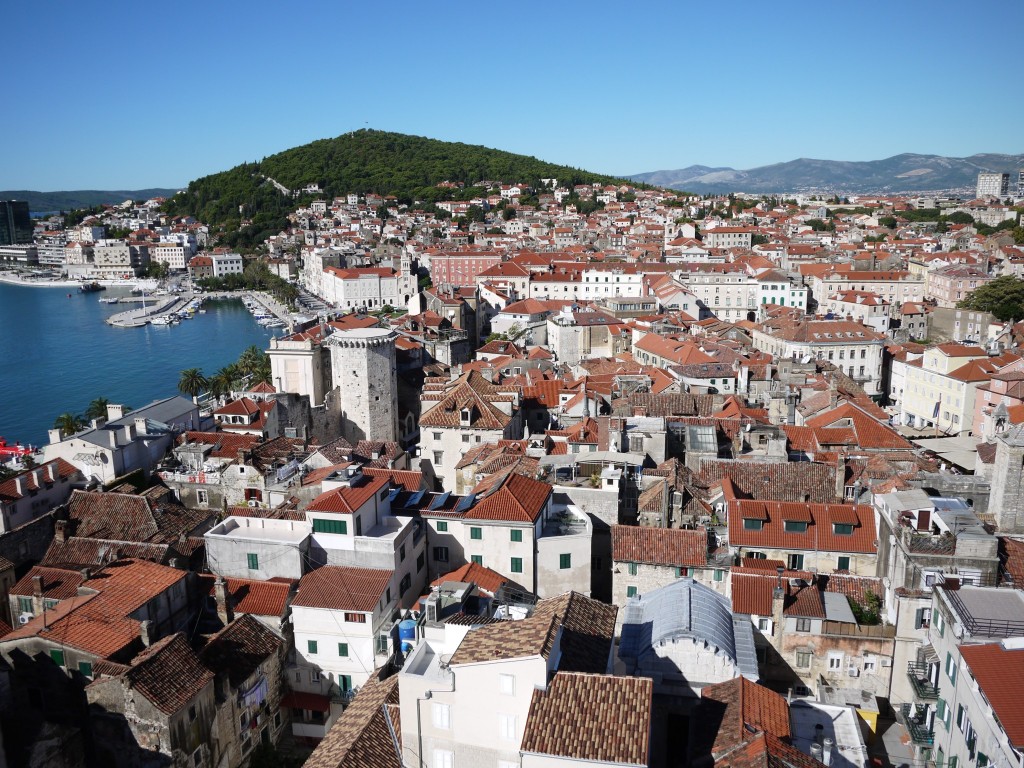 The old town has lots of charming little streets and buildings with colorful shutters. 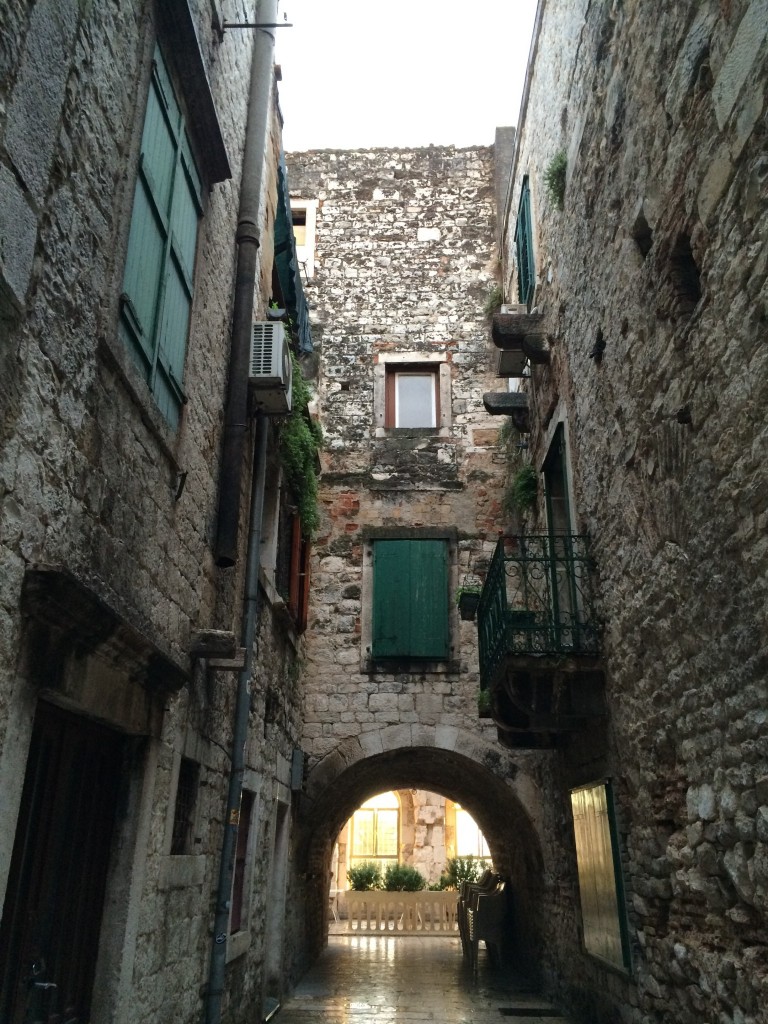 One of the stranger places we visited in town was Froggyland, which houses an amazing collection of taxidermy frogs in human situations, like performing in a circus or going to school.  We agree with one review we read that called it “ribbiting.”

We also hiked up Marjan hill to see Split from another angle.  The hike through the woods was really pleasant and had some great lookouts. 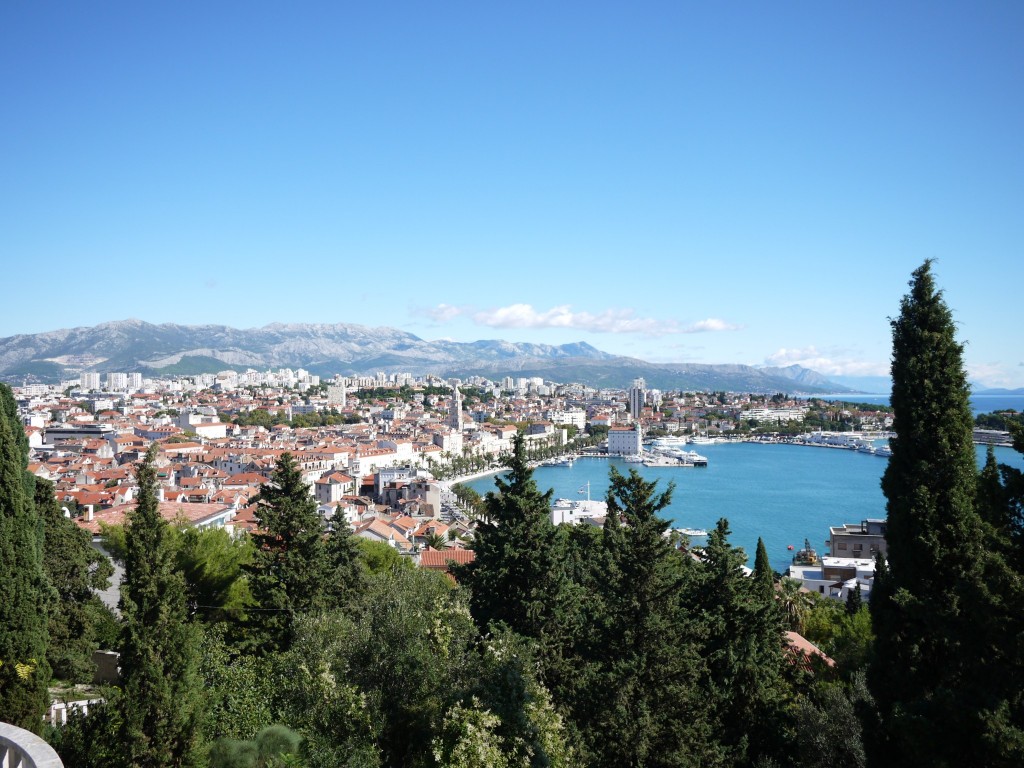 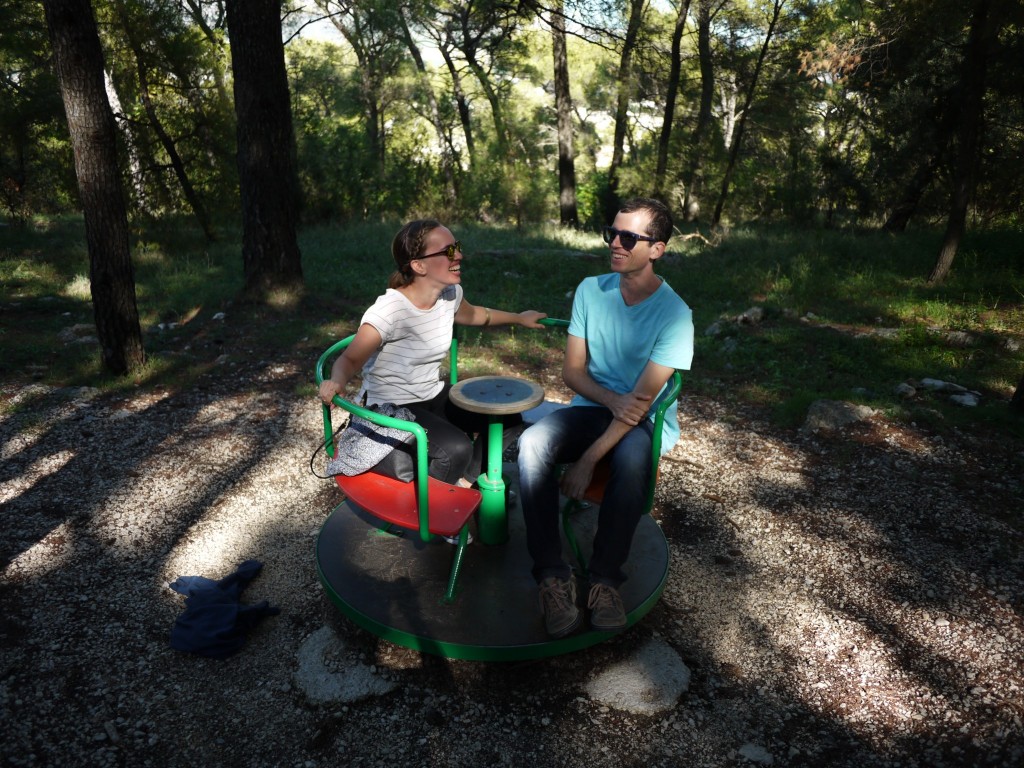 We found a playground near the trail and had to stop to enjoy it. Gary took this photo of us on a spinning ride. I think this is at about the point when we wished we weren’t spinning anymore.

For a day trip, we rented a car and took the ferry to Brac island.  One of Croatia’s most famous sites is Zlatni Rat beach on Brac.  The beach has a unique shape that changes based on the tides and wind.  It was very windy and cloudy at the top of the lookout point, but the fog cleared enough for us to get a good view of the beach. 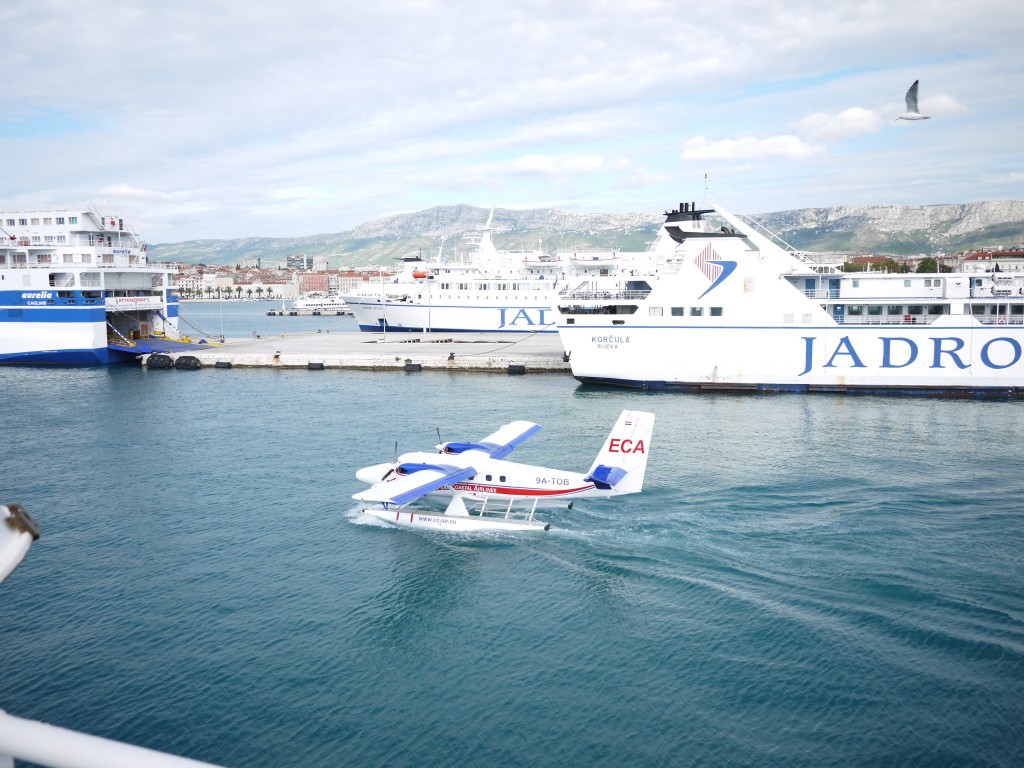 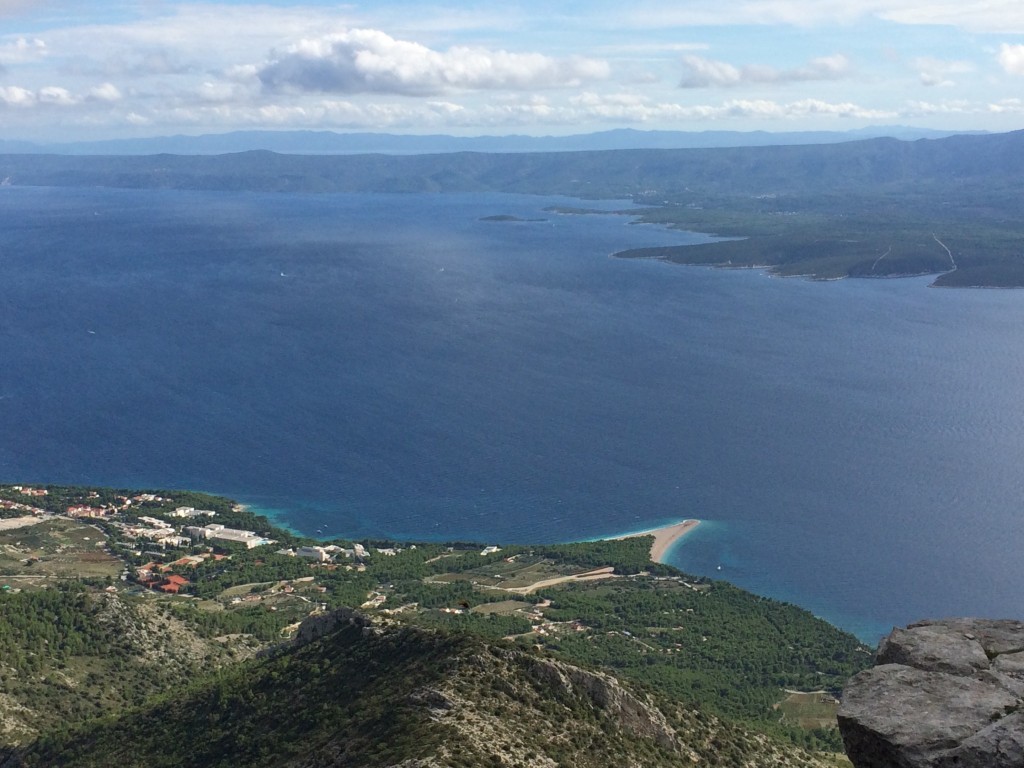 Zlatni Rat beach.  When we got down there, it was so cold!

The island was really quiet during off-season and it had some cute little port towns. 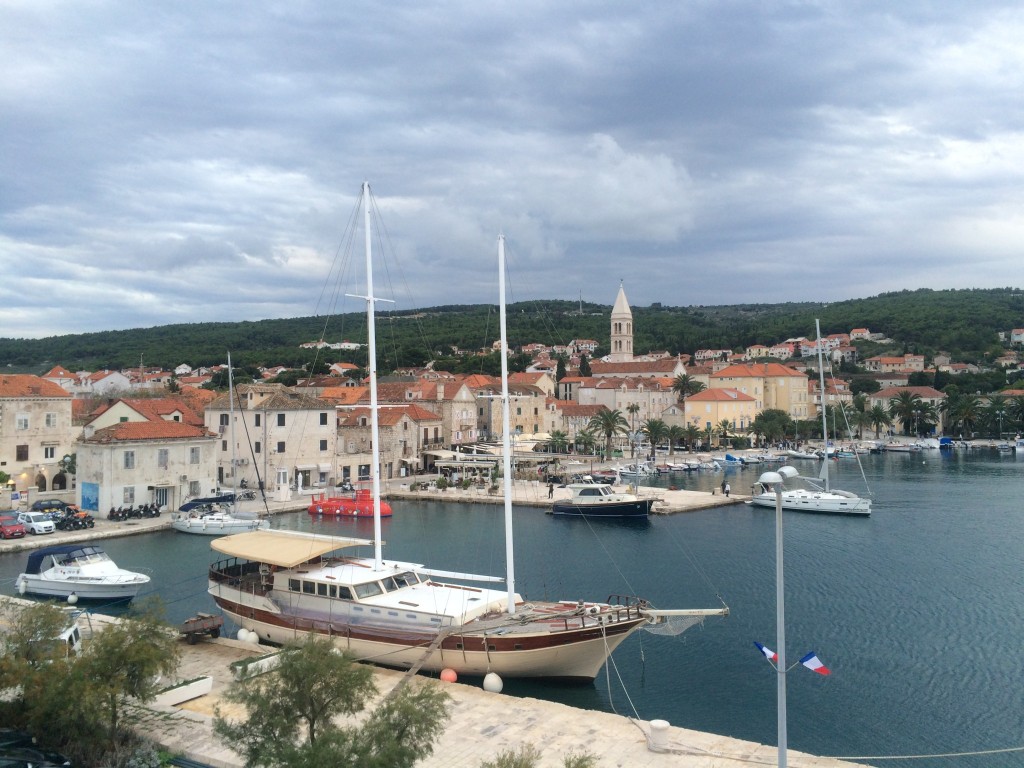 Back in Split, we had a seafood feast at Konoba Marjan and watched the sunset from the harbor. 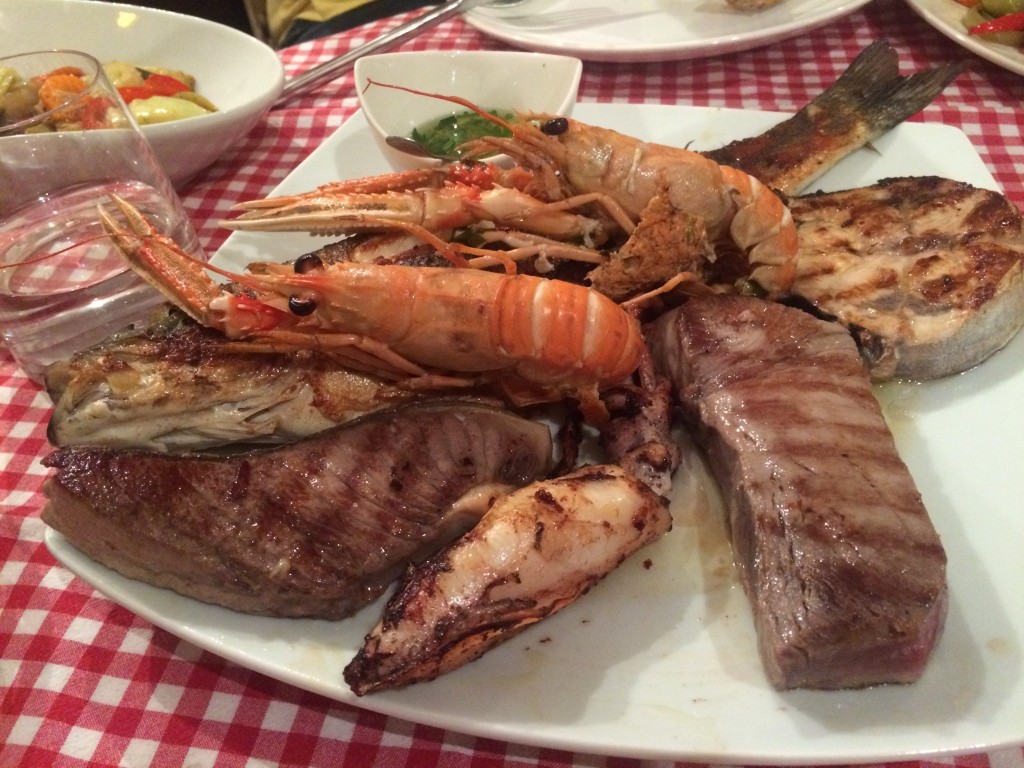 After our visit to Split, Gary headed back to Dubrovnik to catch his flight home, and we rented a car to continue north.  More updates from northern Croatia to come!